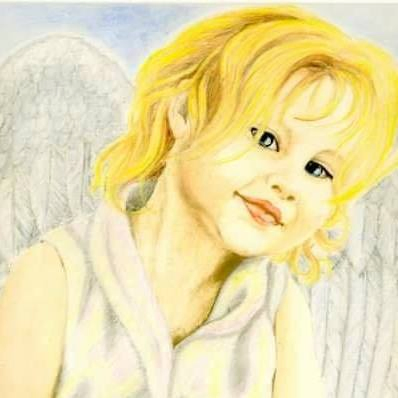 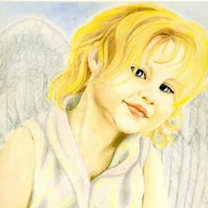 the girl who inspired us all

August 2008  the death of 11-year-old Erin Maxwell sent a shockwave through Oswego County,  and State Police made their arrests. The three people closest to the Erin Maxwell, her own family were placed in cuffs, arraigned and sent to jail. Facing a charge of second degree murder was Erin's stepbrother Alan Jones. The indictment claims he killed her by strangulation with a rope, but Erin's death certificate cites "sexual trauma" as a contributing factor.

Also charged were Erin's father, Lindsey Maxwell and stepmother Lynn Maxwell. Both faced six counts of endangering the welfare of a child, accused of forcing the little girl to live in a house described as deplorable full of animals, garbage and feces with an overwhelming odor.  The six counts were identical for both Lindsey and Lynn Maxwell and stemmed from statements from the Maxwell's and acquaintances. On August 29th, 2008, both are accused of locking Erin in her room which may seem more like a cage, "by means of a wooden half door which included a barrel lock as well as a screen door made of screen and chicken wire with included hook and eye locks and a latch. These locks were all on the outside." The endangerment charge claims the locks "prevented escape in the event of an emergency." they're also charged with locking Erin in her room during a family cookout on August 15th. The Maxwell's starved the Erin. "Our investigation revealed that Erin was provided only minimal amounts of food." explained Captain Lincoln, "It's also been revealed that Erin was routinely locked in a small bedroom at approximately 5:30 pm where she was to remain overnight each evening."

The other charges on August 29th, August 15th, April 1st and February 1st, accuse the parents with forcing Erin to live in a home with "approximately 100 live cats, live chickens and birds with 20 dead kittens stored in the kitchen freezer" Police say it created an "unsanitary environment... injurious to the health and well being" of Erin.

Donations made in memorium

January 2020- 8-year-old Thomas died as a result of hypothermia after he was subjected to “freezing temperatures” in his unheated garage overnight.

Michael Valva, 40, a 15-year police veteran of the NYPD, and his fiancée, Angela Pollina, 42, were charged with second-degree murder in the Jan. 17 death of little Thomas Valva “because they engaged in conduct which created a grave risk of death to this child,” Suffolk County Police Commissioner Geraldine Hart told reporters during a press conference. Thomas “was subjected to freezing temperatures” in the “unheated garage” of the couple’s Center Moriches, Long Island, home “overnight” when the temps outside were a bone-chilling 19 degrees, Hart said. “We believe certainly that Thomas was kept in the garage overnight preceding his death,” the commissioner said.

Authorities responded to the home on Bittersweet Lane around 9:40 a.m. Jan. 17 after Valva reported that his son fell in the driveway while waiting for the school bus an hour earlier. Valva told cops thathis son lost consciousness after the fall and remained unconscious, according to Hart. “When officers arrived, Michael Valva was performing CPR on his son in the basement,” Hart said. Medics rushed the boy to Long Island Community Hospital and when he arrived there, his body temperature was just 76 degrees, according to Hart. He was pronounced dead at the hospital. Assistant District Attorney Kerriann Kelly detailed a series of allegations of physical and mental abuse towards Thomas, including throwing him down the stairs, locking him in a bedroom without a bathroom, depriving him of food, beating him with closed fists, and pulling hair from his head. The treatment of Thomas was callous, cruel and evil. Thomas and his older brother Anthony were severely undernourished and would eat food from garbage cans at their school and from under bleachers. The teachers would bring food and clothes for the boys, she said. Thomas and his brother Anthony had to sleep in the unheated garage of their home without blankets or pillows, and that the boys went to school with ice cold hands and cheeks. Thomas would often ask to spend recess indoors because he didn't want go outside.

Having a big sale, on-site celebrity, or other event? Be sure to announce it so everybody knows and gets excited about it.

Are your customers raving about you on social media? Share their great stories to help turn potential customers into loyal ones.

Running a holiday sale or weekly special? Definitely promote it here to get customers excited about getting a sweet deal.

Have you opened a new location, redesigned your shop, or added a new product or service? Don't keep it to yourself, let folks know.

Customers have questions, you have answers. Display the most frequently asked questions, so everybody benefits.